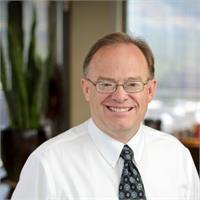 David Clark is currently the IT Director at the Utah Bar, the regulatory organization for all of the attorneys who practice in one way or another in the State of Utah.  He is very active in ILTA at both the local and national levels. He has been in technology since 1985 where he worked for one of the first Novell Distributors and became one of the first CNE's and the very first CNI from Novell.

David has been supporting law firms and legal entities since 1989. He has been involved with document management systems since 1990 when SoftSolutions got their start integrating with Wordperfect 5.1. He has done work in many of the largest law firms around the country and was the IT Director for two of the AMLAW 100 law firms in Utah since 1999.

In this interview, David discusses the ILTACON conference and what he is seeing both in changes over the years and new features at the conference as well as the technology level of current law firms.